Redefining Responsibility through Self Leadership:
Thoughts for Gifted Men 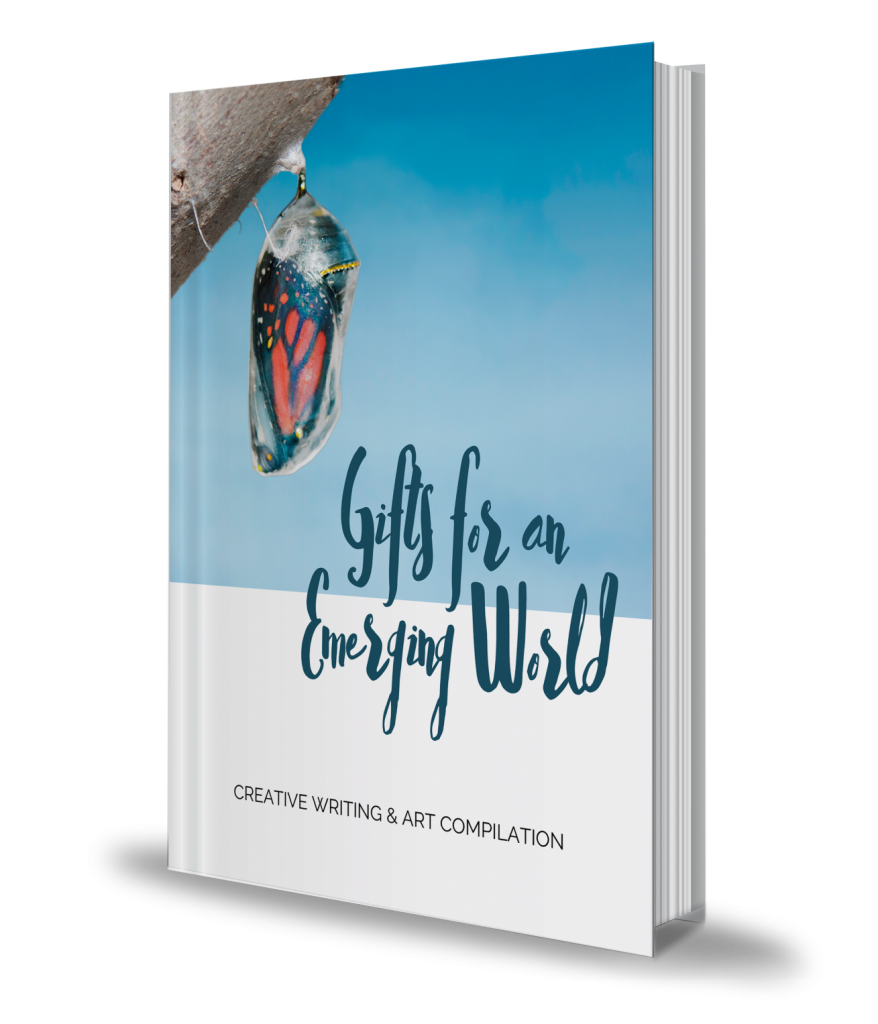 Gifts for an Emerging World explores the question of what it means to be gifted at a time of great global crisis and transformation. Through creative writing and art, we explore our deep connection to the Earth, the ways we grieve and grapple with how humanity is severing that connection, how we dream and sense an emerging healed world, and how with our many gifts we may help birth that emerging future. We explore these challenging questions and emotions through the lens of our gifts, the superpowers we bring to bear in this moment, the creative challenges we face and the deep and meaningful connections we form. Sometimes our gifts remain unseen and hidden, but as we face this transformation together, we have the chance to shine our gifted lights through the emerging cracks and make a positive impact. Join us in coming together and raising our voices to share that light.
Compiled and edited by Jan Provoost, Karin Eglinton & Jennifer Harvey Sallin. It includes 26 contributors and 37 entries. 189 pages in PDF format.

Please pick your copy up here, and enjoy all the wonderful pieces of everyone else.

Redefining Responsibility through Self Leadership: Thoughts for Gifted Men

Much of my professional work, as well as my own self-development work, is centered on the experience and meaning of being, as well as developing robust leadership and creativity, as a gifted man. For each of us, regardless of sex or gender, our giftedness, creativity and leadership are meaningful aspects to bring to the world. But when I envision the future of our world, of this planet and all it contains, it seems that to me that a better understanding of the male perspective and experience is one of the core areas – if not the core area – that could make or break how this future looks.

The majority of our world is still dominantly working under patriarchal structures and assumptions. Unfortunately, a majority of leaders in our world are still men: in politics, economics, science, etc. Seeing a woman in a position of leadership is (still) less common and often conceived of as something exceptional. It follows that we, men, bear responsibility for creating, perpetuating and responding inappropriately to the majority of the problems that make up the global mess we find ourselves in. At the collective, macro-scale, it has become glaringly obvious that men unquestionably holding power is not just a terrible game, but also our downfall. This  patriarchal hegemony opposes the essential principle of diversity, fundamental to the ongoing balance, thriving and healthy growth of any ecosystem, and sets up a dangerous idealization of “infinite growth”, an impossibility in planetary terms. And even though impossible, we collectively hold it as a reality in practice (even when we don’t believe in it, as evidenced by World Overshoot Day).

Further, the patriarchal hegemony demonizes and de- personalizes those who oppose dominant ideals and infinite growth goals. The assumed matter-of-factness of uniform, unchecked male power, together with this systematic stripping of personhood, agency, and rights of those who don’t align with patriarchal ideals, coalesce into a complex set of assumptions and self-justifications for all of the destruction, exploitation and domination we are wreaking upon the world. As the tip of the proverbial iceberg, our climate crisis is just one of many examples we can no longer ignore. When faced in its fullness, its realities shatter our delusion of seeing ourselves as a separate piece of the puzzle – as exempt and superior, entitled and privileged to act as though we were not a part of this system, and could just ignore both the gifts and responsibility that goes along with being integral parts of our planetary ecosystems. This is not meant to bash the reality we are in, or to shift blame and responsibility of the complex set of historical forces at work by just pointing fingers at our current or former leaders. It is about bringing home a layer of reality that seems painfully obvious and yet mostly swept under the rug of shared awareness. For most of my own life, I’d lived in ignorance about it, until I began to inform myself in more recent years. It wasn’t until I “zoomed out” to see the glaring patterns with less of the circumstantial details, that I was able to map my lived experience in order to discern how those patterns were playing out in my life all along.

Seeing the bigger picture has allowed me to make sense of my own experience, although it was highly uncomfortable to realize how I had been unconsciously re-enacting dysfunctional patriarchal scripts. I had to see how I’d been a crappy friend, a bad boyfriend and terrible husband. Originally when confronted with those things, I did what a lot of men tend to do: I responded in a paradoxical way. I outwardly rejected the realization, and internally felt powerless. That's where seeing the pattern at the collective level became relevant, knowing that it wasn’t “just me” or just isolated incidents.

Without the bigger picture view I could have easily continued believing the lie that I was telling myself, that many other men are telling themselves: “Yes, these bad things surely exist, but I certainly have nothing to do with them. After all, if that was the case, I would surely know about it, right!?”. As one “representative” of straight white men, I hold an inordinate amount of power at a social and interpersonal scale (and for the moment I’ll put aside what role my giftedness and twice exceptionality play in that).

One way in which this power plays as a backdrop of my life, is that no matter what I decide to do, I can always, and I mean ALWAYS, find others who will agree with me and assure me that my choices were “right” and “justified” – no matter how messed up and disconnected my actions or views are, or how big or small the effects are. When I first realized the gravity of this, I wondered how I could feel so powerless when socially I had access to so much (automatic) power. What became clear as I continued to reflect on the issue is that I had very little skill in leadership: the “how-to’s” of wielding the power wisely and empowering aliveness with it. And the issue is self-perpetuating: most of my peers were not conscious nor wisely using their power (especially if they, like me, hold “automatic power” in our system), so they didn’t challenge me and my (unconscious) use of my own power. Even if they had, I probably wouldn’t have heard them. 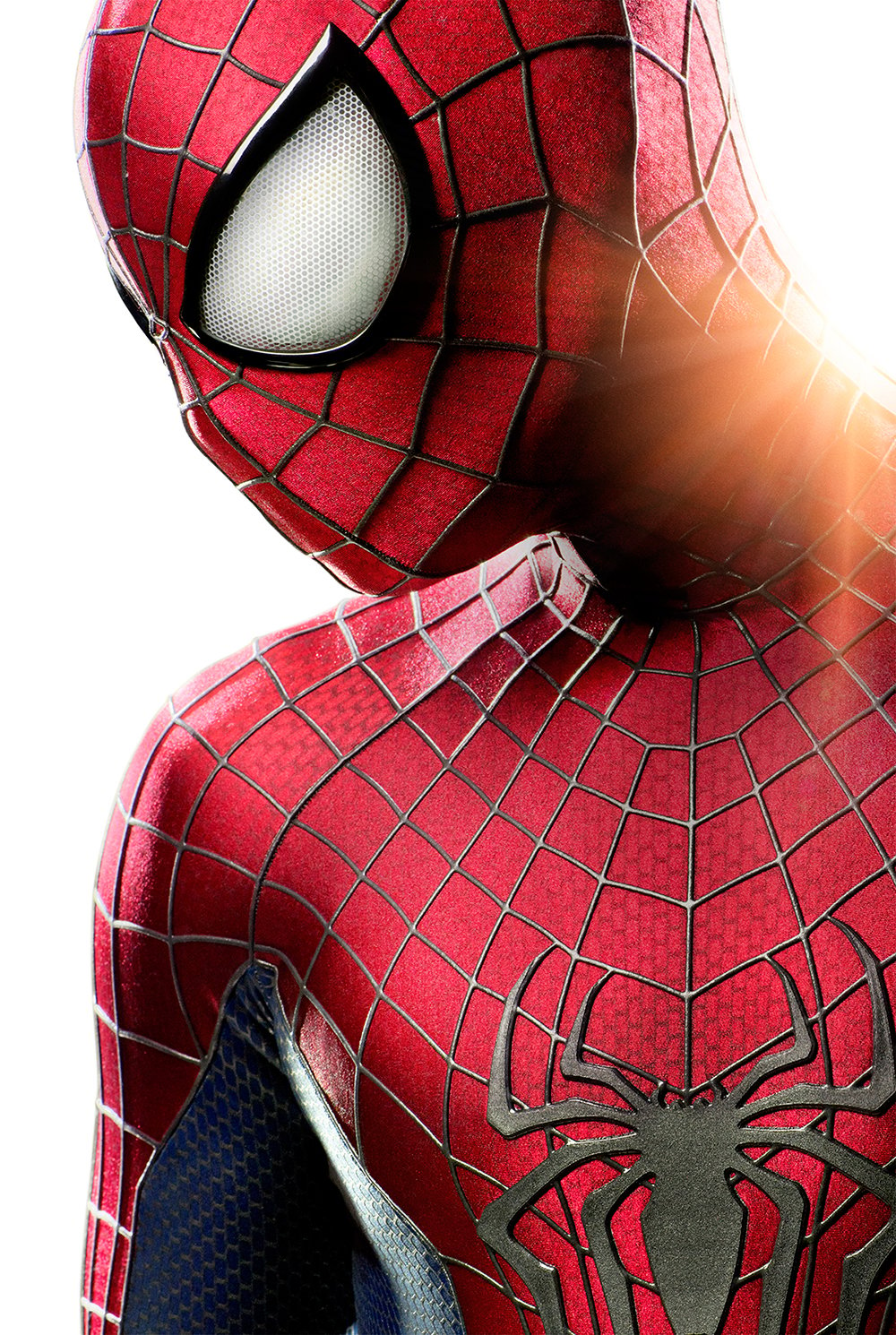 “With great power comes great responsibility” was something my childhood hero Spider-man knew, but while I was growing up neither I nor the leaders I could see in the world seemed to really have taken the now-cliché to heart. And while it defines one of the main struggles of the comic book teenage hero perfectly, it also defines one of the core issues I see in the real world, particularly in the world of men. Many of us have learned to shun power, because of how we
define “responsibility”. We equate it with a loss of joy, engagement and excitement – a curtailing of our agency. Can you also remember at least a few cases where, from your child - perspective, responsibility was exactly the reason you were given to not do/act/say as you wanted? I can certainly remember many situations when my desire and joy in life were barred behind adults’ justifications for shutting down my drive to engage, play or try something. The reason was me getting “older”: “you're a grown young man now. As children, we often realize that the rejection of our agency and inborn power will be an essential trade-off to secure us the care we need – or at least a partway sacrifice to not endanger our family and social bonds.And in this configuration, power ironically becomes the enemy and we come to see "responsibility" as a burden to run from or to hide from. As adults, we – as I did – find ourselves adopting the stance of a victim, a powerless bystander, rather than acknowledging and responsibly embracing the power we do have.

It is up to us to consciously use our power and gifts to find our own way, to backtrack and rewire this pattern wherever we find it within ourselves. It takes a commitment to growing up and recognizing that we need to develop skills to lead our (powerful) selves in generative ways, both for ourselves as individuals, and for ourselves as part of a greater whole. There is a reason I can say this, and it is the same reason that, in spite of everything, I have a hopeful vision of a world to come. I have the privilege to know and work with many gifted men who are willing and committed to reclaiming the mature version of manhood. Men who get excited about becoming someone defined by their own values, aware and responsible in their actions, creative and nurturing in the way they live their lives – applying power in healthy, generative, life-connected ways. Together, we are dedicated to regenerating our inner blueprints – all that which we can still attune to within ourselves that reconnects us to manhood – to embody the diverse and beautiful gamut of expressions of being a man.

Finding myself partnered with such men on this journey is not just what gives me hope, but also what motivates me when life is challenging, scary and filled with seemingly insurmountable obstacles. One leadership lesson I have kept in mind, and long misunderstood on my own personal journey was given to me as follows: “When you are presented with a challenge, if you can't step up, it is time to step down". I have had the opportunity to see many men "step up" in ways that aren't what I first imagined when I heard this phrase. Observing them led me to understand how
this phrase means something very different to someone with developed inner leadership, than to someone running from it. I have seen them reclaim their right and power to embody their whole selves again. That was through reclaiming the knowing that “feelings" are not something feminine, but rather something human; and through integrating that being "hard" and "inflexible" doesn't make you "strong", it makes you “brittle and fragile"; and through admitting that they, by wanting connection or needing help, don't seem “weak”, but actually become “more human”, more resilient. 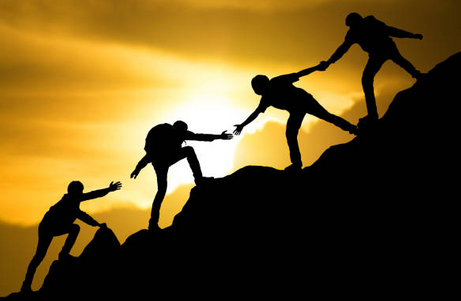 I see more and more men share whatever it is they have to offer instead of focusing on what they can “get” or take from a situation or relationship. I see more and more men acting powerfully to end the terrible oppressions and destruction that generations of men before them have caused or set in motion. And they do this not out of guilt for what they are, or who they are, but because they know that taking constructive action towards a more just future is a responsible way to co-create our shared reality.

I believe these are the greatest gifts that each of us men can make to the emerging world: To become more of a man and less of a boy. To become more responsible for our own impact and  healing. To act from responsible intentions that are generative and nurturing, and free of abuse or exploitation of any kind. I imagine that we will see many, many more men stepping up. I believe that this diversity of creative energy from men who are aware and connected to the ecosystem they are part of, can make a substantial difference in their lives and in all of our lives.